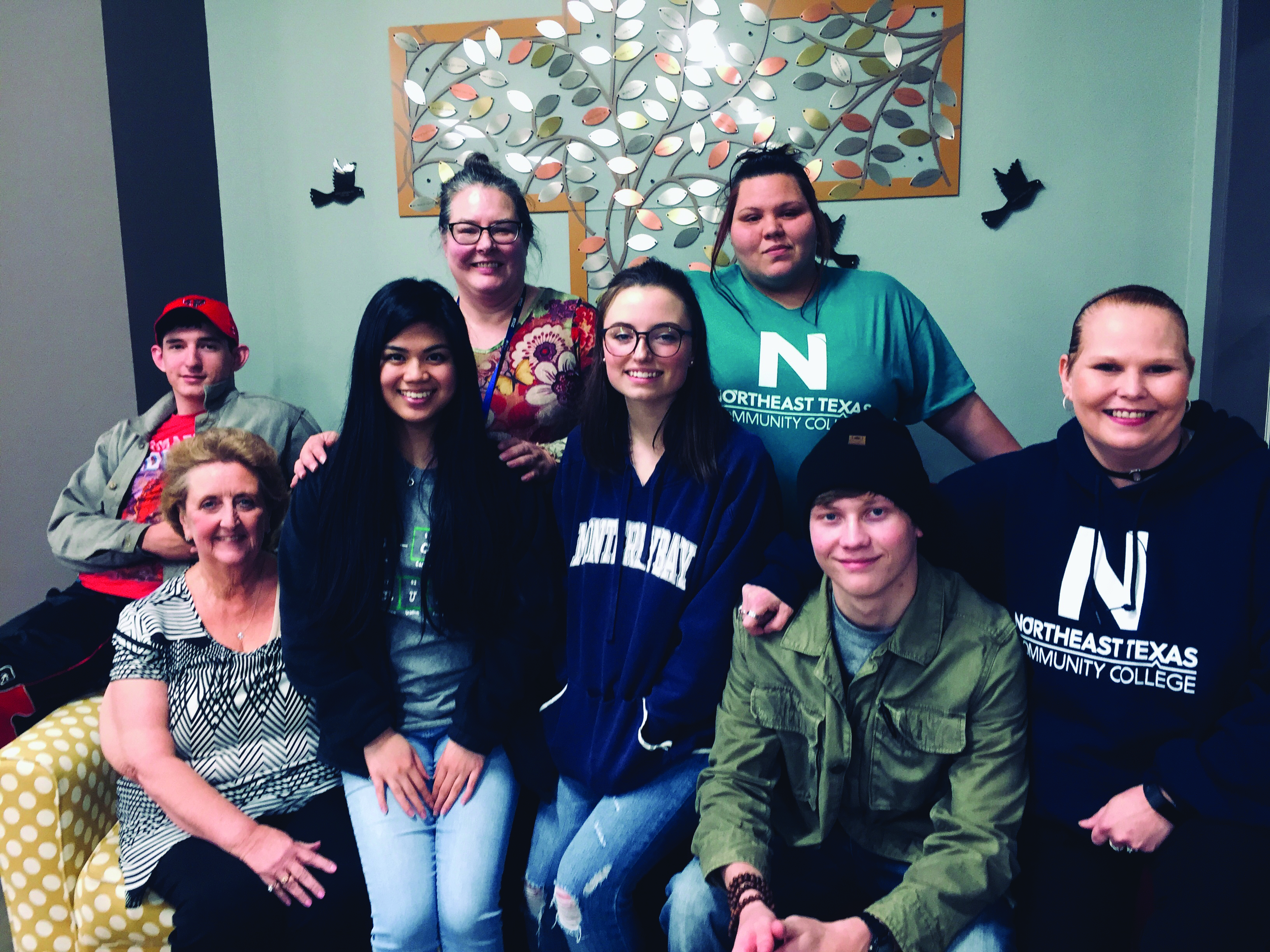 Students from More Alike Than Different organization gathered recently for their first meeting. The group will meet ever other Thursday at the Wesley Fellowship Center.

Depression and anxiety is rising more each year among college students. Some may recognize they have it long before college and some may start noticing the signs gradually as they experience the new and overwhelming tasks that college brings about. The National Alliance on Mental Illness (NAMI) recorded that 40 percent of students will not seek help. Most students do not ask for assistance because they lack the resources or family/friendship support, or they feel embarrassed or ashamed to talk about it. This is about to change at NTCC. Every other Thursday at 6:00 p.m. in the Wesley Fellowship Center, More Alike Than Different will be held to support those with any struggle they may be enduring. Olivia Griffin and Jacob Lambie, current Honors Northeast students, recognized the need on campus to organize a support group that could help those dealing with mental health issues and physical or mental disabilities, and leapt into action. Griffin has been full of passion for those who are struggling with disabilities since the day her little sister was born with Downs Syndrome. She said she hopes to bring awareness to those who are “different” according to the standard norms of college students. Lambie had also been tossing a similar idea around in his head for a while, and after hearing Griffin’s presentation on Justin Dart Jr. (founder of the Americans with Disabilities Act), approached her with his idea. They discussed the plan with Associate Professor of Psychology Karyn Skaar, who agreed to be the adviser for the support group.

“I think the need is here, but the need is not recognized. We are hoping to fill a need,” Skaar said. Griffin came up with the support group’s name shortly after discussing it with Skaar. She began to write different words down and pieced together More Alike Than Different, which made the most sense to her. “I felt like More Alike Than Different just made a lot of sense encompassing both sides, because we all are way more alike than different no matter what you struggle with,” said Griffin. “I feel like that name makes sense acknowledging that we all have struggles, but we don’t have to label them as a disability.” The group will not be offering counseling, there are no fees, and what is said in the meeting remains confidential. Their goal is to make it student responsible and that those who come do not feel like they are being labeled with their struggles, but rather, understood. More Alike Than Different is not just open to students on NTCC’s campus, but also to adults in the community. Lambie and Griffin said they hope to create a safe environment where people of all backgrounds, disabilities, and ethnicities can gather and feel comfortable, and not judged as they voice their struggles out in the open.

Downs syndrome, autism, depression, anxiety, homosexual, heterosexual, black, white, this is a place to come as you are and feel free to share your journey and get to know others on a similar path as you. “We listen, we accept, and we say maybe I have these issues too, and maybe you’re not so alone,” Lambie said.