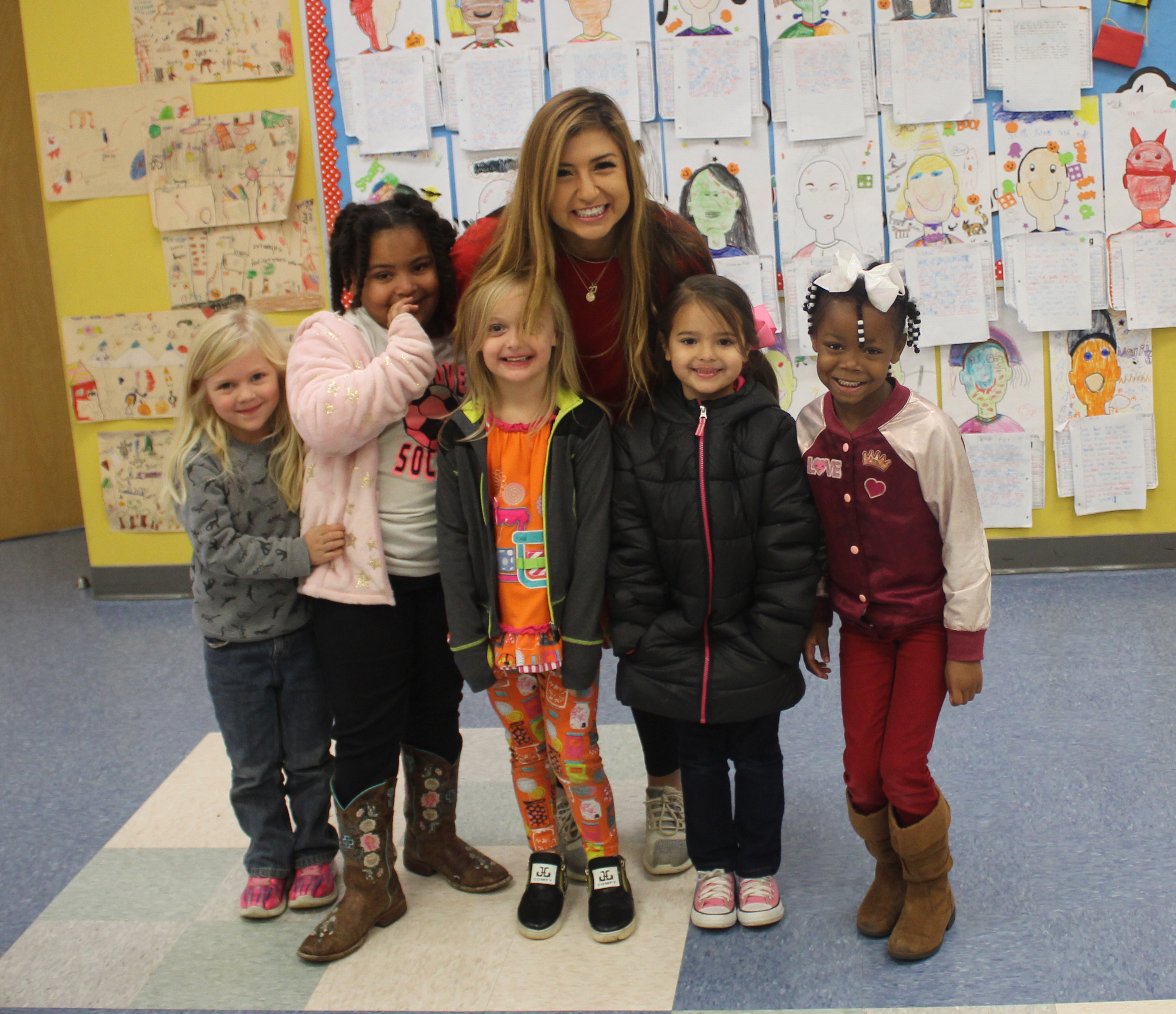 Sports are highly visible examples of the power of teamwork. Bottom line, a group of people achieve more when everyone works together.

Jessica Keith, head softball coach for Northeast Texas Community College, has been putting this philosophy to work on, and off, the field since she joined NTCC seven years ago.

Keith grew up in a family firmly oriented toward community service. Her mom, a social worker in the foster care system and a family counselor, involved the entire family in service projects. Chief among the family’s personal projects is the Crossing Borders Ministry.

Every week Keith’s parents help a Mexico-based pastor source 1,100 pounds of beans and rice, which he distributes to congregants in a string of U.S./Mexico border towns. Twice a year, the family also sources and helps distribute over 3,200 shoe boxes filled with much needed supplies for school age children. In late summer the shoe boxes contain school supplies, at Christmas the kids receive personal hygiene items along with a small gift.

Keith continues her family tradition of community service at NTCC. A firm believer in ‘many hands make light work,’ she leverages the number of volunteers she can deploy, as a coach, to tackle big problems.

Take the Food for Kids project she and her softball team have supported for nearly six years. Every Tuesday the 18-member NTCC women’s softball team volunteers at Titus County Cares to assemble between 1,100 and 1,500 weekend packs for school-age kids identified as food insecure.

In its 2017 Map the Meal Gap study, Feeding America reported that roughly 1.7 million Texas children often don’t know where their next meal is coming from. That puts local food banks on the frontlines when it comes to getting food to where it’s needed most. It takes less than an hour for the team to assemble the weekend packs, according to team member Jamie Franks.

“The number of sacks we put together depends on how many cartons of milk we have. We pack milk, cereal, juice, crackers, NutriGrain bars, Cheez-Its and other things [that don’t require refrigeration].”

With the Food for Kids project running smoothly, Keith next accepted an invitation to collaborate with Communities in Schools in a mentoring program dubbed Eagle Pals. The non-profit was seeking mentors for a group of fourth-grade girls at Frances Corprew Elementary School identified as ‘at risk’ due to unstable home lives. During the yearlong project, NTCC team members served as positive role models in weekly mentoring sessions by actively listening and encouraging their young mentees. The entire team met with the girls every Monday, and then individual team members followed up with a one-on-one session later in the week.

According to Franks most of the fourth graders were in precarious positions.  Some didn’t have enough to eat, many were considered homeless. If they were lucky enough to be with their parents, they were often living in cars or moving around, sleeping on couches at relatives’ houses.

“They needed someone to be steady for them, someone they could count on even if it was only once a week,” Franks said. “They knew we weren’t going to make promises we couldn’t keep.”

Haley Chapa, a sophomore on the NTCC softball team, said participation in the mentoring project was an emotional challenge because the girls were dealing with tough situations. Chapa’s goal was to help her fourth-grader feel wanted and generally better about herself.

“She was living with her grandma because her parents had left her and moved to Oregon,” Chapa said.  “You just want to take them in your arms and take them everywhere with you, but you know you can’t.”

This year the Eagle Pals mentoring program has expanded to include the NTCC 40-member men’s baseball team. The women’s softball team is currently mentoring kindergarten and first graders at E. C. Brice Elementary School, focusing on building academic skills like color identification and reading.  The men’s baseball team is working with second and third grade boys at Chapel Hill Elementary. Four  baseball players are assigned to a group of about five or six boys.

Tyler Navarro, a sophomore on the NTCC baseball team, says the key to mentoring young students craving attention is patience.

“We typically meet with them once a week before lunch to play basketball or kickball and then we stay to have lunch with them,” Navarro said. “That’s when we mainly listen. Our job is to try to be a positive role model because these kids are always watching.”

Ask the ball players what they have learned participating in these mentoring programs and the response is similar.

“I was shell shocked at first,” Franks said. “I grew up in a bigger community, the Arlington Fort Worth area, and you see stuff but you never really get involved. It’s been a real eye opener.”

It makes you more aware of what other people are going through and more appreciative of what you have says Chapa. “I’ve always been into education and I’ve always liked working with little kids. But now just to know that there are kids [in these circumstances] helps me look at everybody in a different way.”

Navarro echoes the sentiments of his counterparts on the women’s team. “I’m lucky, I grew up in a strong family,” he said. “These kids don’t come from homes like mine.”

Navarro plans to make time in his life for similar community service projects after graduation. “If I get to coach kids [later], I’ve already learned how to talk with them.”

These reactions are exactly what Keith strives to instill in the young people she coaches, a desire to give back. “It’s never about an individual, it’s about [all of] us,” Keith said. “Volunteering is about the NTCC program, about who [the players] represent, about focusing on something more than themselves.”