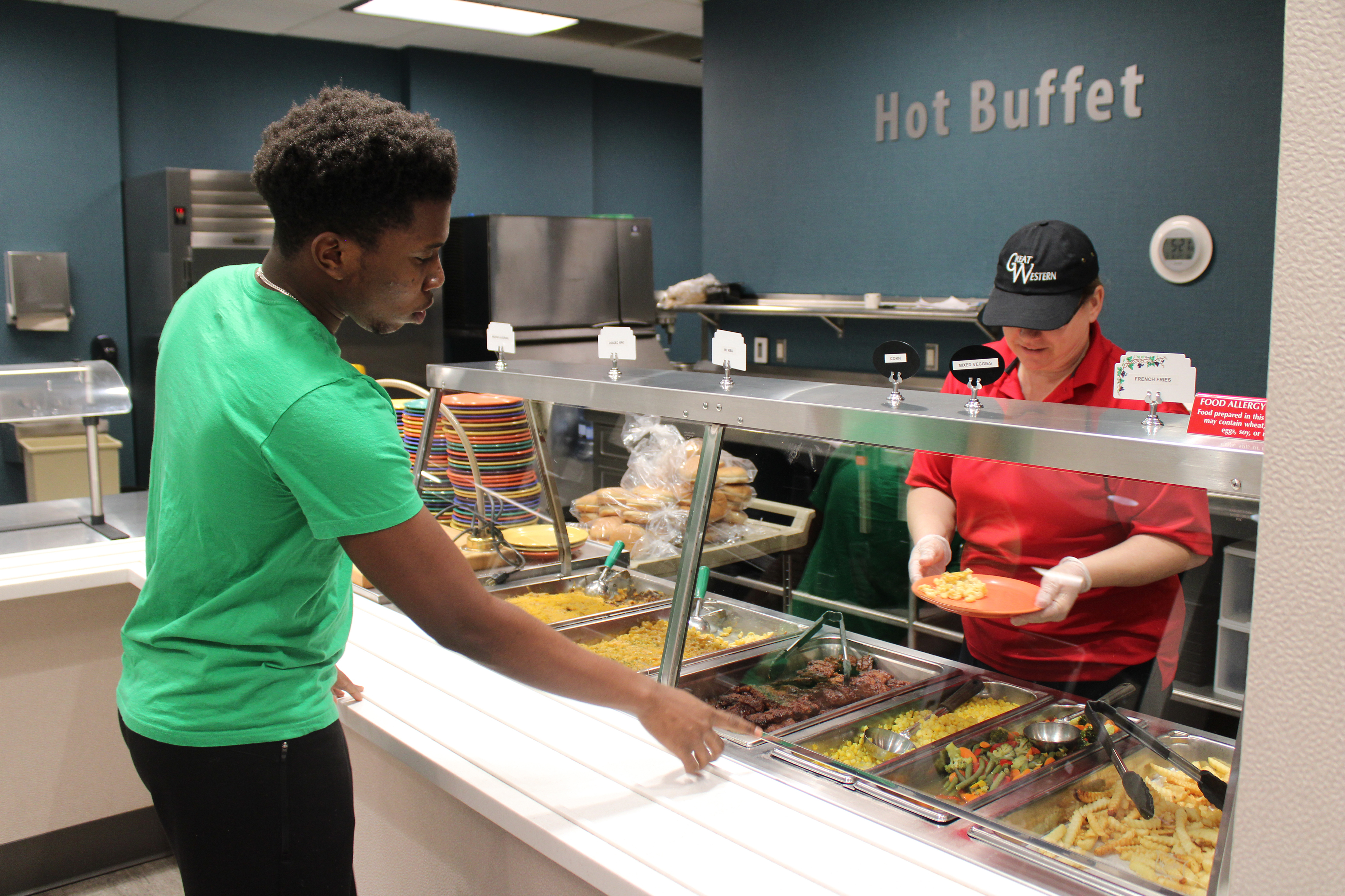 Great Western Dining, the company that provides food services for the college, recently announced that the Grill/Grab-N-Go service is no longer available this semester due to competition and a drop in sales.

“Even though we are separate, we don’t want to compete against the college,” Le Batt said. “We want to serve the college and meet needs.”

Before the remodeling in the SUB took place, La Batt said most dorm students would go through the buffet line in one room, while the remaining students and faculty went to the snack bar in another room.

She said this meant that both the buffet line and the snack bar were busy and profiting.

La Batt said that things changed after the renovations when all of the dining options were joined together in one location. There were two separate lines – a buffet that offered a variety of food options for one set price, and the Grill/Grab-N-Go, which offered items like burgers, onion rings, mozzarella sticks and chicken tenders priced separately. Because the buffet offered more food options for a lower price, La Batt said more people chose the buffet option and eventually the grill service lost revenue.

GWD announced the food service changes in an email to students and staff at the beginning of the spring semester. Although the modifications did not concern some people, others were upset with the changes.

For the past three semesters, Todd Allen, an NTCC business major, said he has enjoyed the grill service for its cost, food options and accessibility.

“I like the quick service that the grill offered and the ease, especially being a disabled student,” Allen said. “Now that this option is no longer available, I have to make other arrangements or do without.”

On the other hand, NTCC dorm student Cameron Coulter said he appreciates the changes. Coulter said he didn’t think it was fair that he had to pay extra for the grill items when he had a meal plan as part of living in the dorms.

“We didn’t really eat all the burgers and stuff like that from the grill because we had to pay, and so what me and the other people that lived on campus didn’t understand why we had to pay when we had already paid all this money,” Coulter said. “I like this a lot better, because they’re not charging us anymore [for the grill], so we can just go up there and we can get some other stuff.”

Even though the grill is no longer open, La Batt said they are trying to please everyone’s appetite by incorporating some Grill/Grab-N-Go items into the all-you-can-eat menu.

La Batt sends out menus to students and staff through email, and the daily menu is also displayed on TV monitors above the cash register in the SUB.

La Batt explained that most of the feedback she has received regarding the changes has been positive due to the buffet line moving smoothly and efficiently. She said the new food service arrangement is still being explored, and the final decision to permanently close the grill will be announced after further results this spring.