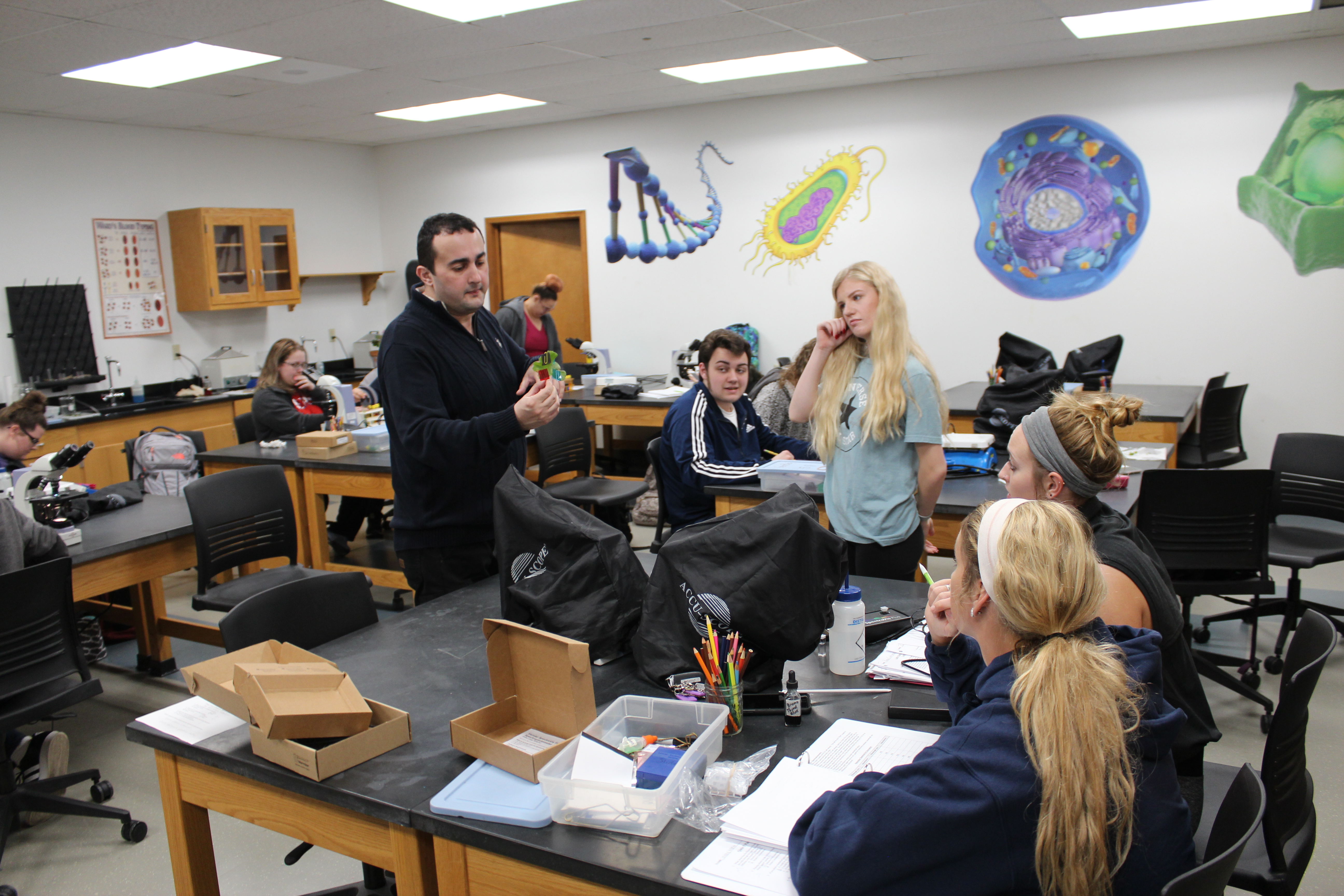 Dr. Emad Tahtamouni, a biologist specializing in plant science and soil microbiology, is the newest member of Northeast Texas Community College’s full-time faculty. It’s taken him 10 years to get here and his journey has been characterized by challenges most of us will never face.

He earned his B.A. and M.A. in his home country of Jordan before being accepted as a doctoral candidate at New Mexico State University. When he arrived at NMSU, his first challenge was to land a university job to help with tuition.

He was expecting some low-key position grading papers. Instead, his professor made him a teaching assistant, handed him a biology textbook and said, “Go teach it.”

“At the time I spoke English very badly,” Tahtamouni said. “The thought of trying to teach students with a different mentality, from a different country, in a different language was overwhelming.”

Tahtamouni describes the night he landed the TA position as a pivotal moment in his life. “I told myself I have two choices. I can give up and go back home. That [choice] would be with me in my mind and my heart until the end of my life. Or I could accept the challenge.”

In the beginning his English was virtually indecipherable and his students reacted by making fun of him. For a man who loves teaching, no wound could cut deeper.

He spent hours with friends who spoke both Arabic and English learning how to express specific instructions. He began arriving to the classes he taught an hour early to write those instructions on the board so students would understand what to do that day.

“Students began to interact with me and things got better [with] every semester,” Tahtamouni said.  “I stopped trying to learn English from books and began to learn directly from the American people. I began asking them, what does this mean? How do you say that? I wanted to learn the language of the street.”

His semesters of effort paid off. Tahtamouni not only earned his Ph.D., he won a scholarship and a teaching award from NMSU.

After graduation he landed a couple of adjunct teaching positions, first at his alma mater, then in the El Paso Community College system.

Looking back, he says that what began as a mortifying experience turned out to be one of the best periods of his life.

Then, last June, he saw NTCC’s online ad for a full-time biology professor. A position as a full-time professor is the Holy Grail in academia. Competition is fierce and repeated rejection can be demoralizing.

“I almost didn’t apply [to NTCC] because I’d already completed dozens of applications over a period of five months,” Tahtamouni said. “I had done phone interviews and gone for several onsite interviews, but I’d not received an offer.  I was discouraged, but when I came here I immediately felt hopeful.”

Dr. Mary Hearron, professor and division chair for biology and chemistry, said the NTCC hiring committee received a large number of applications. From those, the field was narrowed to about five or six applicants who were interviewed by phone.  From these, three job candidates were selected for onsite interviews.

”As soon as Dr. Tahtamouni sat down with the committee, we felt he fit right in,” Hearron said. “He was very personable and did a very impressive teaching demonstration that reflected his previous teaching experience. The fact he is from Jordan also offers students a different world experience.”

After two months on the job, Tahtamouni describes NTCC students as respectful, hardworking and, for the most part, smart. He respects the “sensitive stage” they’re at in their lives.

“Community college students are making up their minds, based on the classes they like, which field to enter,” Tahtamouni said. “Two teachers can use the same materials and one can make students love a field while the other makes students hate it. My mission is to attract them to biology.”

Connor Reese, a first semester NTCC student who is in the system as pre-med but is now leaning toward chemistry, describes Tahtamouni as a very friendly, very enthusiastic professor. “I appreciate his teaching style.  He begins by explaining the gist of what you’re doing. Then, as you’re going through the lab [exercise], he buckles down and asks you to stop a minute.  That’s when things get detailed and I attach words to a physical thing.  I really appreciate it, it works.”

Tahtamouni’s foundation-laying teaching style is also reflected in his quizzes and lab practicals, according to Reese.  “They’re not ‘set it and forget’ quizzes.  He wants to be sure we retain information and build on what’s previously been taught.  The work isn’t easy by any means, but it’s not hard for the sake of being hard.”

Accepting the challenge of that first TA position all those years ago has led to a life Tahtamouni says he never could have imagined.  “Teaching makes me interact with people more and more and more. It’s changed my personality one hundred percent.”