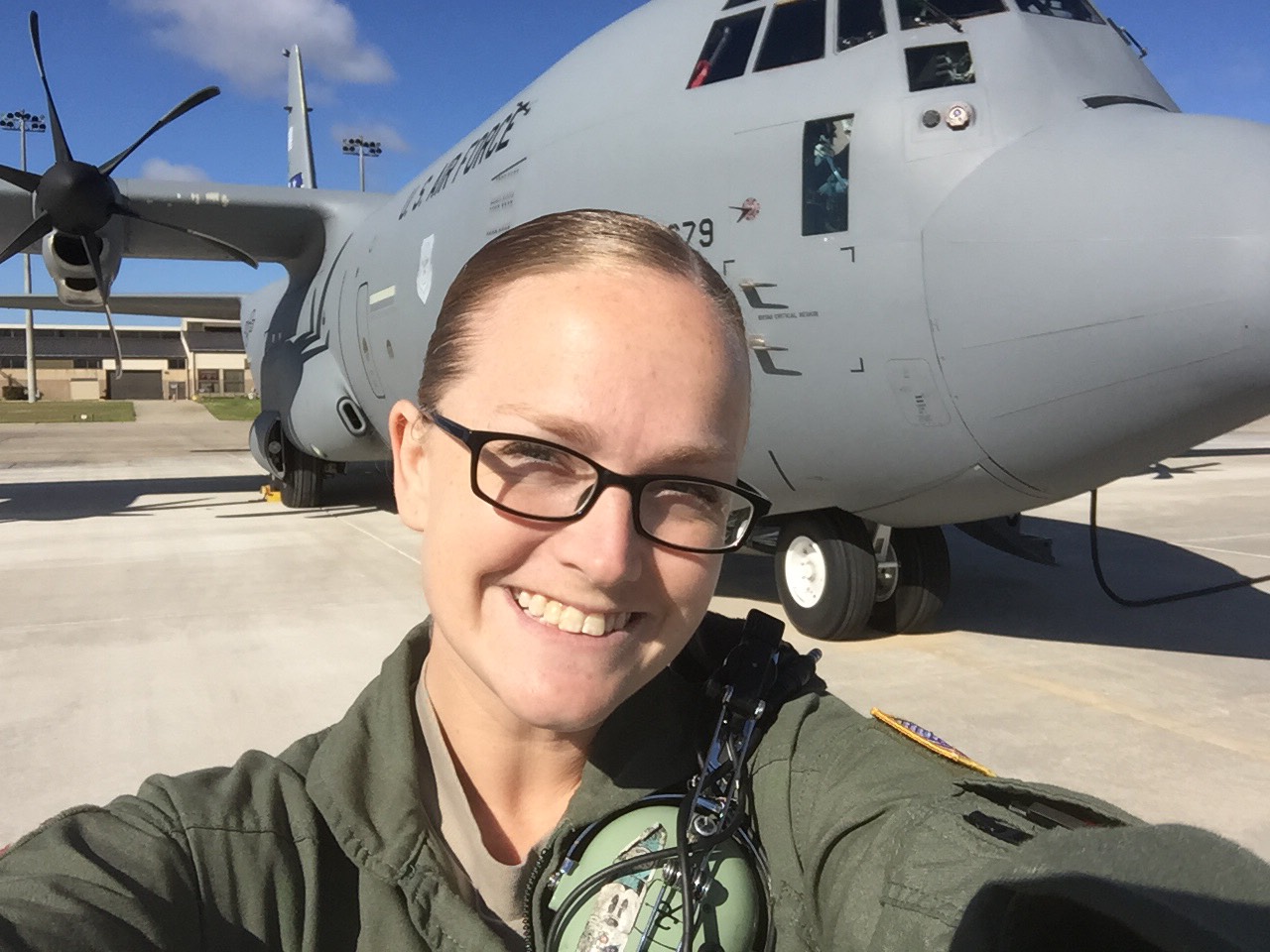 Veterans Day originated from “Armistice Day,” Nov. 11, 1919, which marked the first anniversary of the end of World War I.  Since then it’s evolved into a day to thank military veterans for their service to our country in both peace and wartime.

Susan Markusson, one of nearly 50 veterans currently enrolled in NTCC is one of those go-getters.  She’s a first-year math major with loose plans to become an engineer or architect.  A year ago she was a staff sergeant in the U.S. Air Force with three deployments under her belt, two to Afghanistan and one to Germany.

She took drafting classes in high school and immediately after graduation landed a drafting job with a company in her hometown of Naples, Florida that specialized in designing kitchen cabinets. Within two years she’d been promoted to senior designer. When the economy bottomed out in 2010 and new kitchens were no longer in demand, Markusson was ready to start over.

“I wanted to see the world and I wanted a way to get an education, which made me consider the military,” Markusson said.  Her three brothers were all in the military, one in the Army, and the other two in the Navy.  “They’d shared their experiences with me, so I knew what to expect in terms basic training and the strict discipline.”

At age 21, she decided to join the Air Force.  And, if she was going to join the military, then she wanted to specialize in what that branch of the service was known for.

“When you enlist in the military you sign up for a specific job,” Markusson said. “If I was entering the Air Force then I wanted to work on planes, so I went in as ‘open mechanical.’  That means they put you wherever they need you. They made me a mechanic for C130s, which are large cargo planes.”

She was one of 20 women in a 300-member unit, but Markusson says a male dominant field did not intimidate her.  “With three older brothers, it was nothing new to me. I’ve never been a girly girl.”

Right from the start, Markusson loved the job. “I loved learning about the plane and how it flew.  (Eventually) I knew it so well, I got to fly with it wherever it went.” That’s how she fulfilled her enlistment goal of seeing the world.  She’s travelled to 24 countries, including Greenland, Africa, Afghanistan, Turkey, Spain and Japan.

She steadily progressed through the ranks, moving from trainer to staff sergeant, a first-rung noncommissioned officer, during her seven-year stint with the Air Force. Military life was good, but Markusson found herself wanting to begin a “new chapter.” She was ready to start working toward the second goal she’d set for herself when she joined the military, getting an education.

“I met my boyfriend online just as I was leaving the service,” Markusson said.  “He is an Army veteran and his family lives in Pittsburg, so when I got out, this is where I headed.  He was already enrolled in NTCC so he knew the paperwork I’d need to complete and when to file for my GI bill, all that stuff.  He was like having my own personal veteran’s counselor.”

This is a time for gathering information before making new career choices, according to Markusson.  “I’ve always been good at math, so I decided to start there. I’m still not sure what I want to be when I grow up, but I know it’s going to involve math.  So I’ve been talking to other students about which engineering programs they are considering and why, just sort of taking things in.”